Pennsylvania to Adopt the 2015 IECC (with Amendments)

Pennsylvania to Adopt the 2015 IECC (with Amendments) 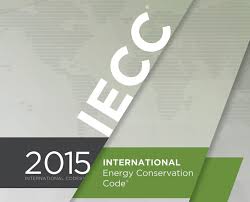 Big energy code changes are coming in Pennsylvania as the Uniform Construction Code Review and Advisory Council (RAC) submitted its final report to the Department of Labor & Industry, cementing the council’s decision to adopt the 2015 International Energy Conservation Code (IECC) with amendments. All homes with contracts signed or permit applications submitted on or after October 1, 2018, will be subject to these requirements. Tables summarizing the upcoming energy code changes are found at the end of this article.

Perhaps the biggest code change is that blower door testing will be mandatory for all Pennsylvania new homes. The RAC amended the maximum air leakage rate to 5.0 ACH50 (leakier than the 3.0 ACH50 in the 2015 IECC and tighter than the 7.0 ACH50 under the 2009 IECC testing option). Just like the 2015 IECC, the maximum air leakage rate in Pennsylvania will be a mandatoryrequirement, meaning it is a hard cap for all compliance paths, with no tradeoffs allowed. The prescriptive air barrier and insulation criteria are also mandatory for every home.

Like the 2009 IECC, the 2015 IECC requires duct leakage testing for any HVAC system with some portion located outside the building thermal envelope. The big change is the reduction of the maximum leakage rate by two-thirds, per the 2015 IECC. In addition, the 2009 IECC allowed the builder to choose between a total leakage test and a leakage to outdoors test – the latter test may be easier to pass if most of the ductwork is inside – but the 2015 IECC eliminates the leakage to outdoors option and requires a maximum of 4 cfm25/100 sqft of conditioned floor area, down from 12 cfm25/100 sqft in the 2009 IECC. While duct leakage testingis a mandatory requirement, the 2015 IECC allows for the leakage limitsto be exceeded via performance path or ERI tradeoffs (more on the ERI below).

One notable difference between the duct requirements in the 2015 IECC and the Pennsylvania amendments is that the RAC reverted to the 2009 IECC by allowing building cavities to be used as return air ducts. That said, it will be difficult for HVAC contractors to achieve the prescriptive leakage rates when using wall cavities and panned floor joists as return air pathways.

All thermal envelope R-values may be decreased below prescriptive levels when using UA tradeoffs, the performance path or the ERI path.

The percentage of lamps (i.e. bulbs) required to be high-efficacy (CFLs, LEDs, or T-8 or better linear fluorescent) will increase from 50 percent to 75 percent. The 2015 IECC adds the option to have 75 percent of fixturescontaining only high-efficacy lamps. This allows more flexibility when a lighting design calls for one or more fixtures containing many lamps, like a chandelier. High-efficacy lighting is a mandatory requirement and therefore cannot be traded off under any compliance path.

Pennsylvania will adopt the Energy Rating Index (ERI) Compliance Alternative, which first appeared in the 2015 IECC and was modified in the 2018 IECC. This new compliance path provides the greatest amount of flexibility of all available compliance options. Energy Rating Index is a generic term that is equivalent to the RESNET Home Energy Rating System (HERS) Index, although it is not referred to by name. This path allows maximum flexibility as items like reduced envelope and duct leakage rates and increased equipment efficiencies can offset reductions in thermal envelope R-values and other provisions. This flexibility is limited by the requirement that all items designated as “mandatory” (e.g. maximum envelope leakage of 5.0 ACH50) are still met and by a provision stating that envelope R-values may not be reduced to below 2009 IECC prescriptive values.

The ERI is a number on a scale of 100 to zero with 100 representing the energy use of a home built to the 2006 IECC and each point below that representing a 1-percent decrease in energy use. The index is calculated using a HERS Rating software program with inputs that pertain to all (or nearly all) aspects that impact energy efficiency. The RAC amended the 2015 IECC maximum ERI to the values from the 2018 IECC, which are higher (easier to achieve), making the ERI path a more realistic path regarding cost-effectiveness. The maximum ERI in Pennsylvania will be 62 for Climate Zone 4 and 61 for Climate Zones 5 and 6.

Other minor changes include an increase of the minimum R-value for return ducts in attics from R-6 to R-8, and a decrease in maximum window U-factors from 0.35 to 0.32.

Preparing for the Upcoming Changes

Builders who are unfamiliar with blower door testing or duct leakage testing, or who are unsure what changes to their construction practices will be needed to achieve the maximum leakage rates, should begin working with a RESNET-certified Home Energy Rating System (HERS) Rater now. These trained energy professionals will be able to provide consulting on envelope and duct sealing techniques, proper insulation installation and many other energy-related practices.

A HERS Rater can also test homes completed prior to the new code going into effect to increase confidence that future homes will be energy code compliant. A HERS Rater can perform an ERI/HERS analysis to help builders determine the most cost-effective solutions to meeting the new code. Finally, utility incentives are available across Pennsylvania for homes that receive HERS ratings and meet certain additional criteria. See below for more information on these rebates for new home builders in Pennsylvania and to find a participating HERS Rater: 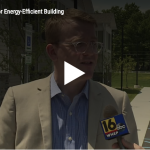