Five PSD’ers escaped the northern cold and headed south during the last week of January to warm and sunny Orlando, Florida to attend the 23rd Annual Association of Energy Services Professionals (AESP) National Conference.  The annual event brings together an array of top professionals in the industry, such as program managers, policy makers, marketers, evaluators, consultants, and vendors (like PSD) from across the United States and Canada and gives them a chance to network and listen to experts discuss hot industry topics and trends.  This was PSD’s second year exhibiting at the show, and as seasoned veterans, we made quite a splash at this year’s AESP conference.

Ali Levine, PSD’s Program Development Analyst, was awarded one of four young professional scholarships to attend the conference. She was introduced along with her peers at the opening plenary on Tuesday morning.

Our own Whitman Fulton, Chief Strategy Officer, spoke in a session about the benefits that robust, but simple, audit software, such as Surveyor, can bring to home performance programs. With almost no voice he managed to enlighten the audience about how streamlined audit tools can help programs run more efficient and cost-effective programs.

In addition to his speaking engagement, Whitman was also elected as the Chair of the AESP Tools and Technology Topic Committee, where he will be responsible for coordinating AESP brownbag webinars, selecting award winners, and planning sessions for future conferences.

Chapter board members, led a discussion session with conference attendees from New York, New Jersey, Pennsylvania and Delaware about the future of the chapter. There were some great ideas proposed and everyone is looking forward to an exciting second year!

This year, AESP held a young professionals event attended by PSD’s resident “young’ins” Ali Levine and Marek Loder. They were able to build some great relationships and are looking forward to working towards building up the young professional network within the energy service industry.

Overall, the conference was great success for PSD.  For the second year in a row, AESP has helped PSD gain more recognition in the energy efficiency market space and establish new industry relationships. 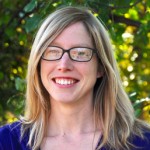