By PSD
April 29, 2015
This study, funded by the New York State Energy Research and Development Authority (NYSERDA) and performed by Performance Systems Development, identified the underlying causes for over-estimation of contractor-reported energy savings in the NYSERDA Home Performance with ENERGY STAR program for the years of 2007 to 2011 and assessed the potential impact on savings prediction accuracy of applying the ANSI/BPI-2400 standard for baseline energy model calibration to actual energy usage.

PSD’s Jerone Gagliano presenting these findings at the 2015 ACI conference:

Whole building energy efficiency programs across the country have experienced shortfalls in the ratio of actual energy savings relative to contractor-reported savings when undergoing formal evaluation of savings results. This ratio of actual to contractor-reported savings is called the “realization rate”. The ANSI/BPI-2400 standard was developed based on best practices to provide energy efficiency incentive programs with a tool for improving the confidence in energy savings predictions from energy modeling tools when used as part of incentive approval in efficiency programs. This study tested the potential of the ANSI/BPI-2400 standard to improve prediction accuracy by retrospectively applying the standard to a group of over 2,000 homes retrofitted in the NYSERDA Home Performance with ENERGY STAR program over five years. The study also evaluated a wide range of other factors that could be contributing to reductions in project-level energy savings realization rates.

The study found that: 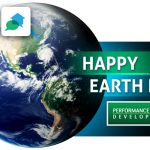 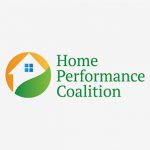